Yesterday I was approached by a developer, apprentice, friend, and sometimes mentor, who was having some personal issues. Â I consider this person to be very strong, and capable of great things. Â I’ve watched over some years, and I’m really impressed with their progress personally as well as professionally. Â However, these facts only increased the shock of what they revealed to me, and must have been very difficult for them to share.

During the conversation it was revealed how they’re experiencing HUGE anxiety, complete with panic attacks, and are even consulting a physician who prescribed medication for it. Â As this person spoke I could see the anxiety levels grow within through their body language , and witnessed the “deer caught in headlights” look as they wrestled on the precipice of going into another panic attack. Â Though I had someplace I needed to be, I knew I couldn’t leave this person aloneÂ to struggleÂ as I had so often in the past. Â So I lingered, and we talked until the ebb had calmed.

My heart went out to my friend because I’ve dealt with the same feelings and problems, and had always done it alone. (Except for a few trips to the ER in past years to ensure it wasn’t really a heart attack.) Â Oh, how well I can recall the feelings of fear and doubt. Â Not knowing when my body will randomly boost my adrenalin to extreme levels that push me over the edge, fighting for my next breath until my chest loosens again.

Yes, I know I “seem” different in person as I talk loudly and laugh at conferences speaking to large groups of people. Â It has taken me many years to get to that point. Â And yes, inside I’m constantly forcing down the roiling anxiety that never truly subsides. Â So don’t get caught up in the stereotypical idea that someone with anxiety is this lonely person crying while huddled in a ball in the corner. Â That is not me. Â My stress and anxiety doesn’t come from being around people, or from public speaking and such things. Â I’m fairly social, but stress by other things such as deadlines, lack of requirements, distractions, fear of failure, and bad code, can be just as damaging.

Another common misconception is that anxiety is caused by the stress of the moment, which is simply not true. Â A doctor I consulted with in the past informed me that anxiety can be caused by stresses from as long as six month ago. Â So moving to a new home may seem OK at the time, but up to 6 months from now we suffer from the effects of the stress. Â So, by the time we have an anxiety attack it’s too late to fix it. Â All we can do is deal with the anxiety and push through it somehow.

For each of us the cause is slightly different, because we each struggle with our own problems and/or OCDs. Â For my friend it was developer related stresses that many of us deal with:

Some advice I gave, based on how I handle things:

I don’t really have the answers, nobody does. Â But felt I should create this post and put it out there. Â Perhaps others will read it and realize they’re not alone. Â And sometimes just knowing that can help lessen the stress levels.

How do you handle the stress?

NOTE: I received permission from my friend to share this story, so it wouldn’t cause any more stress and anxiety by sharing it without their knowing. 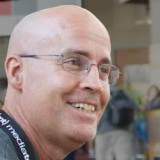 Wow I stumbled upon this post after googling “web developer anxiety” and behold, I’m not alone!

I’d like to share something I’ve observed about myself. For the longest time I was drinking 3 cups of coffee per day. I was an angry, anxious, mess on the inside, but totally composed on the outside.

I cut it down to only 1 cup in the morning, no more than that. Also quit drinking sugary drinks. Too much sugar and caffeine will mess with you very easily.

I’m a calmer version of my former self.

I’ve suffered from this in the past too.

Until one day my grandfather said something at a family meal that opened my eyes.

My family was in a restaurant and got chatting to the owner. Somehow the conversion had gotten on to how my granddad lives in the country and how scary it must be sleeping at night in pitch black with nothing around.

The waiter said “I’m sure nothing would ever happen, don’t worry” and my grandfather replied…. “Oh, I don’t”.

For whatever reason, every time I start feeling stressed, I remember that comment and boom, the stress is gone.

I think ultimately that comment puts me back into the mind frame of “Work will be ready when its ready”.

Good article and definitely another bit of evidence to help me out. I’m the same, web developer with huge struggles with anxiety. Over the last year I’ve become more vocal about it and started talking to other developers, it definitely seems to be a trend, whether freelance or in an agency environment it’s pretty common.

For me I was fine for 6 years in an agency, but in the space of a year it all went downhill. I’ve found the “anxiety can be caused by stresses from as long as six month ago” most interesting, as whilst I know my stressors, a friend was hospitalised with dangerously high blood pressure during a panic attack. He didn’t know why it kicked off or why he was anxious. He’d not long ago started a new job with a steep learning curve.

In writing an email with suggestions on what worked and what didn’t, I decided to put it down in more detail in a website… http://www.anxiety.wtf

Hopefully it’ll help him, or anyone else on here.

Another developer here with anxiety issues and panic attacks. It’s an ongoing struggle but I’ve learned how to manage it better over the years and to be disciplined about making sure I keep managing it. Pills and counseling did not help me much. The 3 things that helped me the most are: 1.) Intense exercise program; 2.) Getting enough sleep; 3.) Good book on anxiety that emphasized positive self talk and avoiding catastrophic thinking.

Great article. I can relate as well. I’ve experienced depression and anxiety because
– I went a long time without being given work to do.
– Management picked arbitrary technologies and expected rapid development with no training
– Impostor Syndrome – I begged my management for coding standards or some way to feel like I was turning into a professional, but the indifferent answer was that there’s ‘no right or wrong way to do anything.’
– Fear of unemployment – if I’m not good at what I do, how will I get another job if I lose this one?

10 years later I’m much more confident as a developer, but now I experience anxiety and depression for other reasons.

– Open work space, lots of noise. I work near non-developers who whistle while they work.
– While I’ve improved my skills, it doesn’t matter any more to my employer than it did 10 years ago. Our team writes lousy, unmaintainable code, our new code is as bad or worse than our legacy code, and I don’t think it’s ever going to change.
– I’m frustrated by inability to keep up with new technologies. I’ve seen enough to know that chasing frameworks can be a waste of time, but that doesn’t help when you see other people (none of them work here) keeping up.

One thing is obvious – if I felt anxiety and depression in the first circumstances and feel them now in the new circumstances, then I can’t just blame it on circumstances. You could probably pick me up and drop me anywhere or give me $10,000,000 to retire and I’d still be anxious and depressed.

The bright side – I got past the first set of problems by taking pride in my work and learning to do it well regardless of what anyone else thought, and at times against stiff opposition. I’d rather not lose my job, but I’m not worried at all about finding another.

Looking back at 12+ years of experience I’d say
– Do what I did – no matter what, keep working on yourself and your skills. Not everyone does that. If you want to get better you will. It’s not a race, but if you keep moving you will get ahead.
– Don’t do what I did. I wasted years working for people who couldn’t care less if I ever became a good developer. They couldn’t tell the difference. And some of them were evil psychopaths. I should have taken more chances and moved on to other jobs.

I too have expeienced this and its not good at all. The constant struggle of keeping up with new technologies and not setting accurate timescales to finish projects or maybe under pricing them. sometimes i get to the point were i dred looking at my mail. So now i make a point of not taking as much work on and I vett clients before i even think of giving them any costs. Theres nothing worse than not being able to learn more because you have too much work to do. Drives me crazy lol

This is the main reason I want to leave the field. I may see six figures one day if I were to stay but it’s not worth the toll it is taking on my mental health. Sadly I am exploring a career change at this time.

Hmm. It’s 2017. I’m experiencing this. I kept googling until I saw this article.

Good to know I’m not alone

Itâ€™s heartening to read this and know I am not alone. Especially the part about being still effected by stress from 6 months ago.

I worked as a web developer for nearly 5 years (at my most current job). At some point the stress built up so much I quit to maintain my mental health. Iâ€™m considering freelancing, but at times the process of web development and the prospect of making promises to clients makes me want to crawl out of my skin with anxiety. Iâ€™m still working on how to deal with it, but I think having more autonomy to choose projects and manage my own schedule will help.

Same here, I’m from Italy! I first experienced panic attacks and huge anxiety.
It’s been almost 1 year from my first panic attack and I struggle with anxiety and intrusive thoughts, but I’m seeing a psychotherapist to help me manage my bad thougths and get rid of them, eliminating some thinking patterns that keep intrusive thougths in place and strenghten them, I’m also on medication to help the whole process.

I’m confident that one day I will overcome this situation.

Hi,
Thanks for this post. I have 4 years of experience working on a React JS application. I’m not a very good coder. But I wanted to be a great coder, and in future a technical architect. I have so much of anxiety, headaches, and depression. When I’m stuck in the code, and can’t figure something out, I feel like a loser. I don’t understand why I’m not able to do things that seem easier for others. Am I this bad? What if they will find someone better then me? And everyone will talk about “what a bad developer she is”. What if everyone is meeting deadlines, and I’m not?