SunshinePHP 2016 was an awesome event! Not only were we sold out of tickets for the 4th year in a row, but the attendee list was truly amazing! Each year more and more companies in South Florida send most if not all of their PHP developers to the conference. This year we saw at least 20 companies in South Florida send 5 or more of their developers, and around 8 of those sent around 10. We love seeing our work take hold, and with this many companies embracing the conference it is obvious we are doing a good job. Thanks to all for participating. 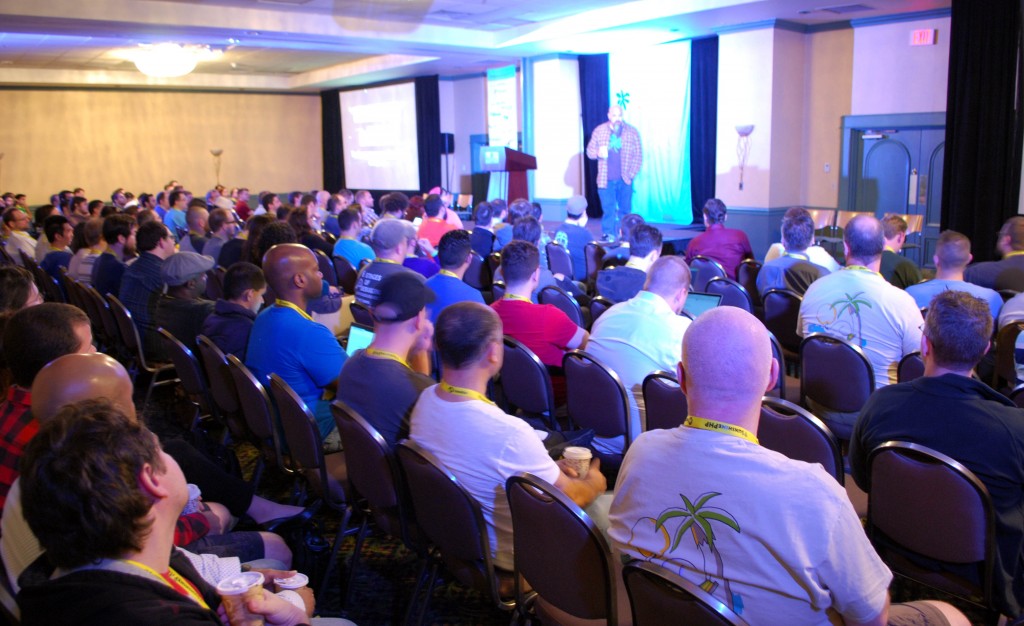 This year we had 14 of our amazing 19 sponsors represented in the exhibitor area, handing out Lego pieces and speaking with developers about how they could help them enhance their careers in one way or another. We are happy that every sponsor raved about the event, attendees, the amount of contacts they made, and the overall organization of the conference.

Attendees told us they loved the Lego puzzle idea, and really enjoyed collecting the Legos from the sponsors.

We had some amazing talks and keynotes this year, and really pulled some topics that were outside the box we typically see at PHP conferences. Two talks were about the brain and mental functionality, and how rest and downtime can affect our thought processes and how we learn. There were talks about dealing with customers, and how to help them help us. The keynote speakers shared tips on collaboration and teamwork while sharing stories about Pacific Ocean crossing, and growing up with physical and/or mental disabilities.

Or course these off-the-wall, but very valuable, subjects joined our already mind blowing lineup of topics and speakers.

We also had a very gender diverse attendee and speaker lineup with 16 female speakers (or 36%) and around 20% female attendees! This is a step in a very positive direction, and SunshinePHP continues to lead the way through non-biased speaker selection and responsible marketing.

The menu each day was slightly altered from previous years, with some healthier choices. The quality of the food was another nice touch as the venue really stepped up to provide some tasty items.

Evening events went well with games and panel discussions about API building indoors, and an open bar with some food items outdoors on the pool patio. (Yes, it was nice and warm.) 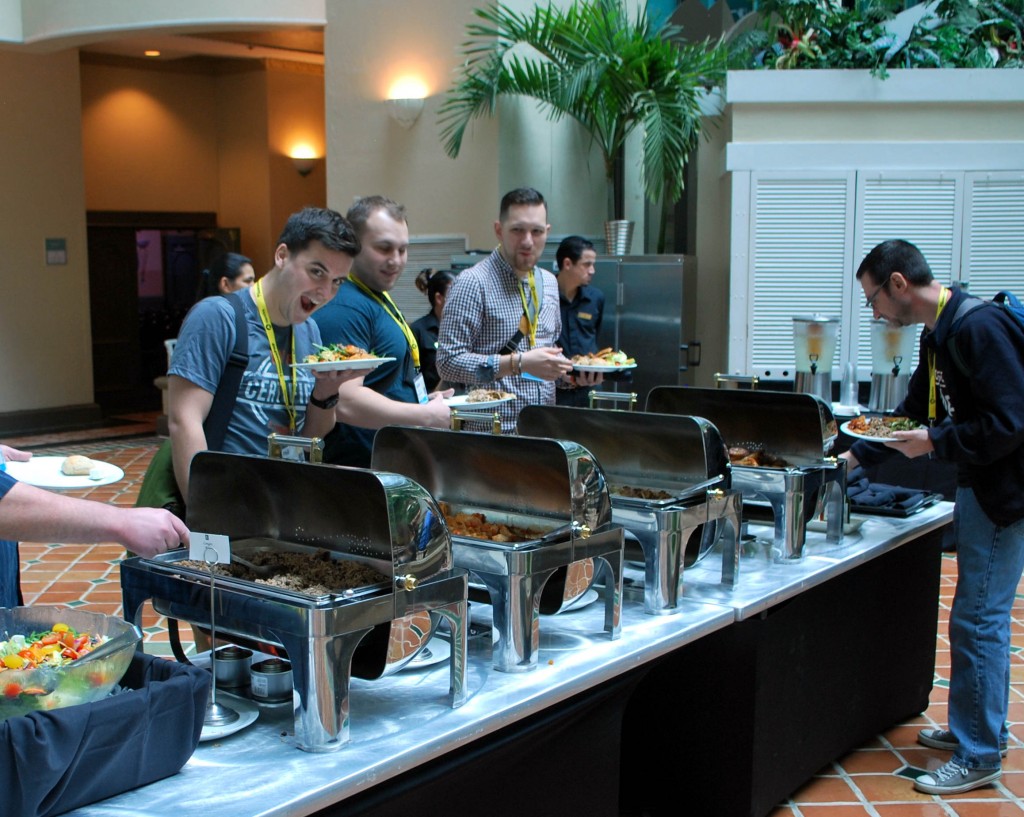 We didn’t receive too many complaints in our feedback from the event. Some mentioned that the temperature in one room was a bit cold for awhile. Others mentioned that we could have added the technical levels of the talks on the printed schedule. (We had them on the site, but overlooked adding it to the printed materials.)

One complaint, which we loved, was that we made it very difficult to improve the event for next year. 😉

Yes, unfortunately there was some ugly. With the recent awareness of codes of conduct and with the increase in gender diversity there isÂ bound to be more visibilityÂ asÂ victims come forward rather than remaining hidden. (Because even though we didn’t hear about these incidences in the past, they were already happening.) We are relieved to report that each incident below was handled professionally, and to the satisfaction of the victims.

One report was about a male attendee offering 2 separate female attendees a private sampling of relaxation techniques in his room. And when the women refused the man did not continue or push. When the incidences was brought to the man as being inappropriate he apologized and said he meant well, and he would not do it again.

A second report was made about a man in the pool area, long after the conference had ended for the day, who approached the girlfriend of an attendee and flirtatiously claimed that she could do better than her current boyfriend. We recommended that the man retire to his room (to prevent an assault) and get some rest for the next day, which he did. Nothing further was said, and no additional actions were taken.

There was a third incident reported which took place before the conference actually started, but was reported after the conference ended. A male offered to take a female shopping some distance away from the venue. Allegedly, while they were shopping the man touched the woman in an inappropriate manner. Because of the lateness of the report there were no further actions.

In a fourth report, allegedly a woman was swimming with a group, long after the conference had ended for the day, and one of the men in the group touched her in an inappropriate manner. The following morning this was brought to our attention as a 3rd party story by someone who was not present. We spoke with the man, who remained in his room except for meals over the remainder of the conference.

And finally in a fifth incident, also reported by a woman but late into the following day, it was stated that a man in the pool area the night before was over-aggressively tugging on the straps of her swimsuit. The apologetic man was questionedÂ and promised to refrain from such activities in the future. The woman saidÂ this was an acceptable outcome.

My desire, and the reason I am being open about these incidences is to help others. Other conferences need to be aware this happened, so they can also keep their attendees safe. And attendees need to know about these things so they can watch for it, report it early, and help keep each other safe. Because whether we admit it or not, these types of activities happen everywhere. If you organize an event or group, please do not fool yourself into thinking your event is immune.

While SunshinePHP was very organized, and was an awesome event, sometimes things can happen that are out of an organizer’s control. I feel the SunshinePHP staff did everything in their power to ensure the safety of our attendees. We are looking forward to next year.